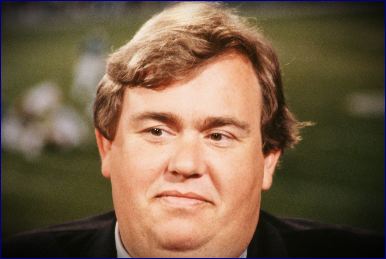 John Candy’s full name is John Franklin Candy. He was a Canadian actor best known for his roles in Hollywood films.

He was best known for his roles in the television series ‘Second City,’ as well as in the films ‘Stripes,’ ‘Splash,’ ‘Home Alone,’ ‘Uncle Buck,’ ‘Only the Lonely,’ ‘JFK,’ and ‘Planes, Trains, and Automobiles.’

He appeared in great television movies such as ‘The Courage of Kavik,’ ‘The Canadian Conspiracy,’ ‘The Wolf Dog,’ ‘The Last Polka,’ ‘Hostage for a Day,’ and ‘Really Weird Tales.’

Unfortunately, the brilliant actor’s life ended abruptly, and he died at a young age. He died of a heart attack while filming the Western parody ‘Wagons East’ at the age of 43.

Candy was honoured on several occasions following his death.

Ween dedicated an album to him, ‘Chocolate and Cheese,’ in loving memory of the late Canadian star.

Aside from that, his fans have demanded that the Canadian Screen Awards be renamed “The Candies” in his honour.

Candy was born in Toronto, Canada on October 31, 1950. He grew up in the city’s East York district.

Candy’s father died when he was about four years old. The future actor/comedian was raised by his mother, with the assistance of his aunt and grandparents.

He attended Catholic schools. In his school time, he loves to play football and hockey.

In high school, he discovered acting as his career and appeared in several productions.

Candy enrolled at Centennial Community College in Toronto in 1969 to study journalism and acting. He dropped out of school in 1971 to pursue a career as an actor.

Around this time, he met and befriended future collaborator Dan Aykroyd.

Candy was encouraged by Aykroyd to audition for the Toronto branch of the popular Chicago comedy troupe Second City.

Rosemary Margaret Hobor, John Candy’s wife, was born in Canada on November 30, 1948, and spent the majority of her life there.

The couple began dating in 1978, and after one year and three months of dating, they decided to marry.

The couple has two children: Christopher Candy, a son, and Jennifer Candy, a daughter.

John Candy had a very good net worth before his death. He had a net worth of around $15 million.

He was discovered dead on location in Durango, Mexico, on March 4, 1994, at the age of 43. It was later revealed that the actor had died of a heart attack while sleeping.