The History of India’s Olympic Victories 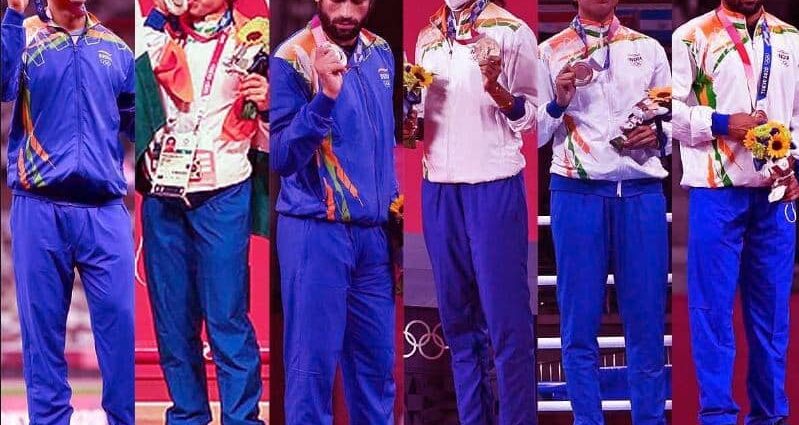 India has been an influential country for the rest of the world when it comes to sports. Particularly in the Olympics, Indians have never failed to attend and show us incredible displays filled with athletes pushing their body to the limit with sheer talent and colourful backgrounds in a vast range of sports. The Olympic games are a one of a kind showcase of the world’s very best athletes mixed together to form the most coveted tournaments on the planet, and India has shown great success in it throughout the years, ever since it was first documented in 1900, India has won a total of 35 medals, ranging from bronze, to silver, to gold, in numerous different sports, and here, you can see a list of all of them.

India had grabbed a taste of victory from the very start in the Paris Olympics in the year 1900, with a total two silver medals won, both by Norman Pritchard in the Men’s 200m sprint and the Men’s 200m Hurdles events.

After a 27 year long losing streak, India were keen to bring wins back home for the 1928 Amsterdam Olympics. The Indian Hockey team managed to take home the gold medal in Men’s Hockey, India’s first ever Olympic Gold Medal not only in the sport, but also in general.

The Indians came back to the Olympics with a strong mindset after bringing home their first ever gold medal in the previous competition four years prior in Amsterdam, and in 1932, in the Los Angeles Olympics, the Men’s Hockey team managed to rake in another gold medal, looks like they had somewhat of a streak brewing.

In the Olympic games of 1936 which took place in Berlin, India came back with a bang and once again, managed to win the gold medal for Men’s Hockey. By now, the Indian hockey team was Idolized by people not just from India, but from hockey lovers all over the world. Everyone was excited to see what they were going to do next.

After a rather quiet pair of competitions in 1940 & 44, for the London games of 1948,  India strikes back with yet another win in Men’s Hockey, bringing home another gold medal to be added to the Indian Hockey team’s pristine collection. India’s high hockey reputation was back at the top.

In 1952, when the Olympic games took place in Helsinki, Finland, The Indians managed to prevail once again, by taking home yet another Men’s Hockey gold medal, however this year they didn’t settle for just one medal, so KD Jadhav brought along a bronze medal in Men’s Bantamweight Wrestling as well.

In 1956, when the Olympics took place down under in Melbourne, Australia, India took home another gold medal, once again won by the Indian Hockey team in Men’s Hockey.

After an array of gold medals won in the past, the Indian Hockey team got their first silver medal in Men’s hockey, even though it’s still a win in the books, the gold medal that year was won by the underdogs, Pakistan.

In the 1964 Olympics of Tokyo, India managed to come back to the top in Men’s hockey and brought in another gold medal.

India’s place at the top was taken by Pakistan once again in 1968, while second place was given to Australia, which meant India would play against and beat West Germany to get the bronze medal in Men’s hockey for the Mexico city olympics.

In the Munich Olympics of 1972, India got another bronze medal in Men’s hockey, while West Germany got first place and Pakistan got second.

In Moscow 1980, India won their last ever Men’s hockey gold medal so far. Will they get any more in the future? One can learn more about the possible odds of the outcome of a hockey match on betting sites in india.

Atlanta 1996 marked a new era for Indians in the Olympics, focusing viewers on new sports. As the hockey team no longer showed enough promise, Leander Paes gave India a ray of light, winning the bronze in Men’s singles tennis.

In the games of Sydney in the year 2000, Karnam Malleswari brought home the Women’s weightlifting bronze medal for the 54kg category.

India had a rather violent take on the competition for the Beijing 2008 Olympics, winning a gold medal in Men’s 10-meter rifle shooting, and two bronze medals, in Men’s middleweight boxing and 66kg Wrestling.

London 2012 marked a milestone for India, with the most medals ever won in a single competition, even though no golds were brought in, they got 4 bronze medals and 2 silver.

India got another two medals in the Rio 2016 Olympics, 1 gold and 1 silver, both won in women’s competitions.

Tokyo 2020 marked an all  new record for India, bringing home 7 medals in total, 4 bronze, 2 silver and 1 gold. One of the bronze medals was men’s hockey, can this mean they have a comeback brewing? Who knows? Meanwhile, the Indians also excelled in all kinds of wrestling, weightlifting, and managed to get their first gold medal in Men’s Javelin Throw thanks to Neeraj Chopra.